Hakim Chebakia is a 24-year-old guy who comes from Kenitra, Morocco. He arrived in Italy in 1995. Now he owns a bar-restaurant in Bologna and plays boxing, which is his passion.

Which is a memory, an image, something that represents you whenever you think about the past and the present?

My mother. I always think about the pains I have been through and that I managed to overcome. She and boxing have been two things that made me keep on going and building my life. Boxing kept me away from the street and, thanks to that, I solved some of my problems.

Do you have a dream you want to see realized since when you’ve come to Italy?

I want to become the next boxing world champion…no, it’s not true. My real dream is to make my family happy, and then to reach the highest level I can in boxing. Life is made of high and low phases, it’s made as a stairway, it means that you can’t reach the highest step without passing through the other ones. Well, then obviously there is someone who is lucky and has an always happy life, but problems are what makes you grow up in life. If you have problems and you manage to solve them, you’re lucky…..you are really lucky because you have achieved experience. You bacome stronger by passing through hard times.

What are doing in you every-day life?

I work, I play boxing and I take care about my family. Since a couple of years ago I own a bar-restaurant in which is possible to play music and I’m almost a boxing champion. My family lives here with me, I don’t have kids but I’d like to, in a future…

How do you contribute to the development of the country where you live?

I bring my culture, I try to increase work, I do as much as I can to make happy the people who come to my restaurant. Talking about sport, I’d love to bring boxing culture back to Bologna. Simone Rotolo is trying to do this and I’d love to try also. I could represent Italy in the Olympics, but next January I want to became a professional boxer, so that I’ll have to take part at the World Championship and not at the Olympics. I could represent Morocco, but I wont be fair, because everything that I’ve learned about boxing, I’ve learned here in Italy. Morocco just gave me hanger.

How do you contribute to the development in your country of origin?

I go back there, I have my relatives in Morocco and I’d like to build up some projects there, but I’m still conscious about what I can do or not. I started to train myself in Morocco, and there is a good level in their practices, but there is a lack of technique…maybe some day I could help boxing to grow up. 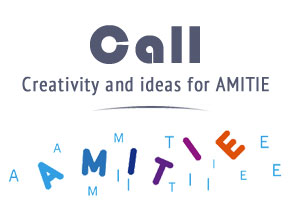